Home Reporter Martha MacCallum, Everything about the Fox News anchor 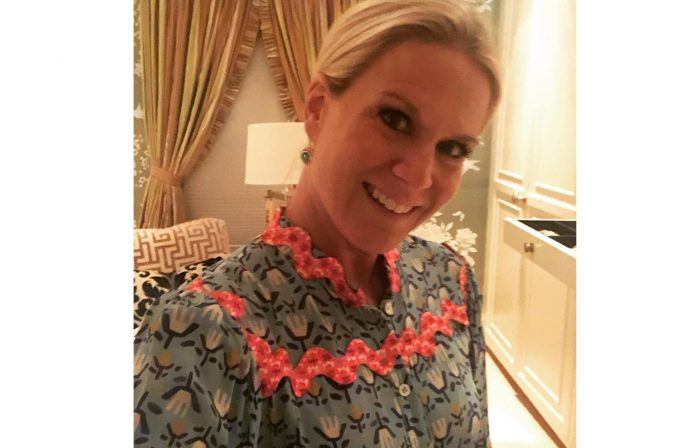 Martha MacCallum is 56 years old Fox News anchor who has her own weekdays show. She is married to businessman Daniel Gregory and has three kids, one girl, and two boys. Recently she signed a multiyear deal with Fox News to stay with the channel.

She spent her childhood in Wyckoff, New Jersey

After she was born her family moved to New Jersey where she spent most of her childhood along with her sibling.

After completing her education Martha started working as an associate in corporate relations department at Dow Jones & Company.

In 1991 she joined Wall Street Journal Television where she worked until 1996.

In 1996 she joined WPXN-TV a local news channel of for New York region which is owned by ION Media Networks.

After that she joined NBC as a reporter and then CNBC as an anchor.

Eventually in 2004 she joined Fox News where currently she has her own weekdays show ‘The Story with Martha MacCallum‘. The show was originally started to cover President Trump’s first 100 days in the office and was named ‘The First 100 Days‘ but later renamed to server to broader audience.

Her career has been very bright she has covered four presidential elections and interviews Barack Obama and many other prominent politicians of America.

Martha first met her husband Daniel at a wedding where he asked her to dance even though he came had someone with him already. After dating for a few months in April 1992 they got engaged. Their engagement was declared and printed in The New York Times, the digital version of the declaration can be read at this link.

Mr. and Mrs. Douglas C. MacCallum Jr. of Wyckoff, N.J., have announced the engagement of their daughter Martha Bowes MacCallum to Daniel John Gregory, a son of Mr. and Mrs. Edward R. Gregory of Upper Montclair, N.J. An August wedding is planned.

Martha’s husband Daniel is vice president and owner of a juice packaging company Gregory Packaging Inc. which is based in Newark. The company was founded by his father Edward R. Gregory.

Martha has been working at Fox News for more than 16 years and in January 2020 she signed a multiyear deal with Fox News to remain at the Fox. The amount and conditions of the deals were not disclosed but she is expected to be making a salary of $900,000 per year plus bonuses.

Martha MacCallum’s net worth is estimated to be around $8 million with income coming from multiple sources including salary, bonuses, books royalist and guest speaking.