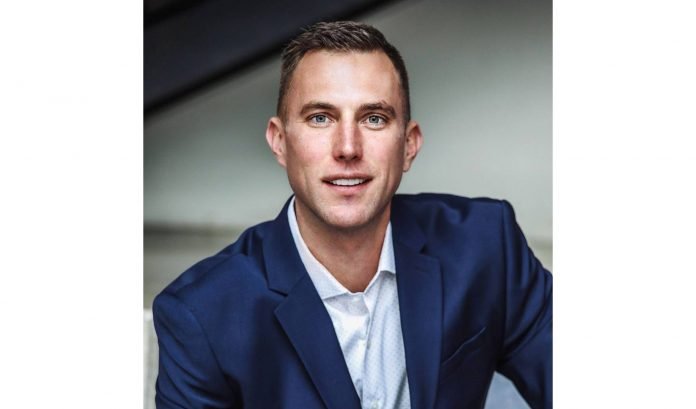 Peter Riley and Emily Compagno got married in 2017

Realtor Peter Riley got married to Fox News commentator Emily Compagno on 13th September 2017 in Italy. The wedding ceremony was kept secret and only attended by close family members. The photos of the wedding didn’t surface until early 2020. The couple does not have any children yet.

He was born in Portland, Oregon

Peter Riley was born in Portland, Oregon in 1979 and is 41 years old. He completed his school and high school from from Oreland.

He holds a degree from Portland State University

Peter holds a degree in Geology, Computer Applications, and Data Analysis from Portland State University. He started pursuing his degree in 2000 and completed the degree in 2003.

He worked as a data analyst

Peter worked as a data analyst in Oregon from 2003 until 2008. The details about the company he worked are unknown.

After leaving his job as a data analyst in 2008, Peter applied for a realtor license and got it in 2009. In 2015 he joined Warren Buffett’s company Berkshire Hathaway, Northwest region.

In 2015 he joined Berkshire Hathaway and has been the top 2% of realtors in the company. He deals in premium properties in the northwest region and has sold over 300 units with a total sales price of $80 million. He was also been ranked top 10 agents in the Southwest Washington region.

Peter Riley’s net worth is estimated to be around $8 million, with a salary of $150,000 and commission on real estate sales he is making millions each year.