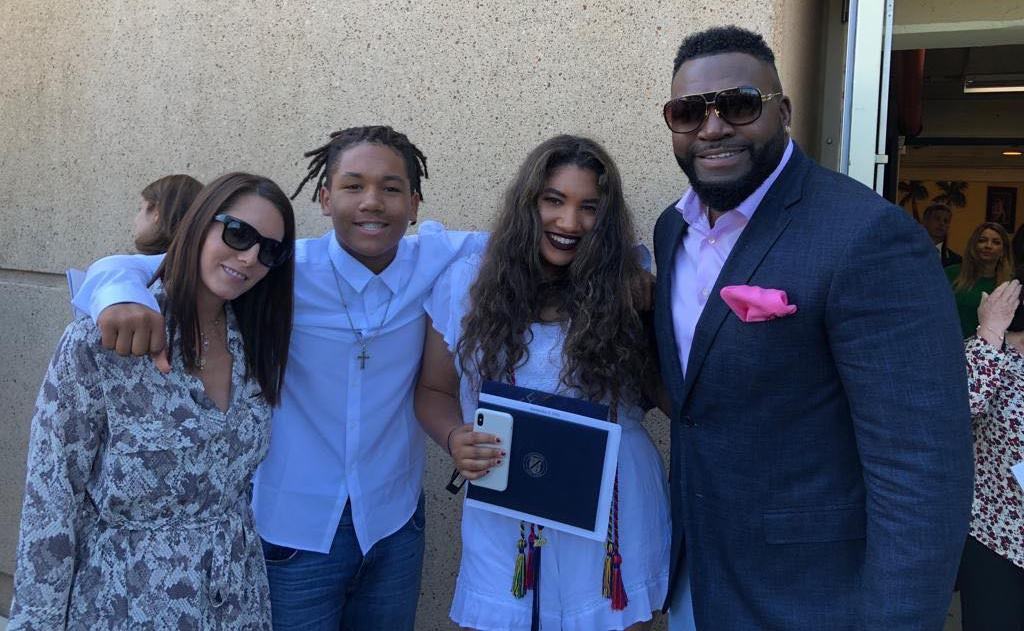 She is a humanitarian worker from Boston, Massachusetts. Along with her husband David, she founded David Ortiz Children’s Fund in 2007 and has been managing it since then.

Born as Tiffany Brick on 13 May 1974 she is 45 years old from Kaukauna, Wisconsin, United States. She grew up along with her three sibling, one sister named Kerri Brick and two brothers named Tom Brick, Kevin Brick. Tiffany’s father name is Terry Brick and mother name is Lorraine Brick.

Tiffany met David when he was signed by Seattle Mariners in 1992 and later in 1996 he was promoted to Single-A playing for Mariners. While playing the Mariners he relocated to Wisconsin and in 1996.

Tiffany and David started dating in 1996 and after 8 years they married in 2003. Also, Tiffany is 2 years older than David, and the couple is together for the last 17 years.

In 2013 the couple went through a rough patch and separated for a few months and were planning to divorce but luckily after counseling they reconciled and are happily living now.

Tiffany and Davis started a humanitarian organization for kids named David Ortiz Children’s Fund in 2007. Which provides pediatric care for children in the Dominican Republic and New England.

She also holds a position in Boston Board for UNICEF and Red Sox Foundation.

Other Facts About Tiffany Ortiz:

Tiffany loves and cares about the environment and she is health concision. She considers her self a yogi which means a person who practices yoga, she is a spiritual believer and practitioner.